Siete Agromarketing puts at your disposal the Communication Book on safe fruit marketing in China, a theme that focused its first Tertulia Business Agro, held last September. It includes the main conclusions obtained during its celebration, as well as an analysis on the situation of the stone fruit and its commercial possibilities in the Chinese market.

The event was organized by Siete Agromarketing, e-Comercio Agrario and Afrucat, and was attended by Valentín Almansa, Director General of Health of Agricultural Production of MAPAMA, Antoni Díaz, Director General of Food, Quality and Agro-Food Industries of DARP, Rafael Peris, Deputy Mayor and City Councilor of Lleida, as well as representatives from Syngenta, Agrobank and Port de Barcelona (event sponsors), Fruits de Ponent (special collaborator), Prodeca and Irta, among others.

Throughout the discussion the main handicaps faced by the sector were analyzed and, consequently, conclusions of great utility were reached for the industry, which for some months has faced the challenge of exporting part of its production to China.

Special mention should be made of the announcements made by Valentín Almansa and Ramón Sentmartí, Managing Director of Prodeca, in order to facilitate trade relations with China. Almansa expressed the will of the Russian government not to interfere in the rail transport of Spanish fruit to China that crosses its territory, which is great news for the sector since, as was evident during the celebration of The discussion, one of the main problems for the operators, is precisely the one of the transport. Meanwhile, Sentmartí said that the Department of Agriculture of the Catalan Government (DARP), will create a working group to facilitate the trade of bone fruit to China.

In addition, we talked about intensifying the tasks related to the promotion and loyalty of Chinese consumers who, in view of the increase in their economic capacity, are becoming more assiduous to the demand for foreign products.

Other aspects that were analyzed were those related to phytosanitary protocols, mandatory for export to China, as well as the latest advances in post-harvest technology, a basic aspect for the fruit to arrive in optimal conditions to the target market.

For its part, Judit Illa, foreign trade specialist at Caixa Empresa, recalled the importance of always taking into account the fluctuations of the Chinese currency in order to calculate the profit margins.

Seven Agromarketing is a communication and consulting agency born with the vocation to build ties between Spain and Latin America and respond to the agro-food sector’s need to communicate, speak and dialogue. For this reason, among its wide portfolio of services stands out as its VIP product, Business Agro, specialized in professional meetings with the sector. Under its umbrella, it hosts the organization of events such as Conferences, Master Class, Forums, Meetings, Congresses or Colloquia. 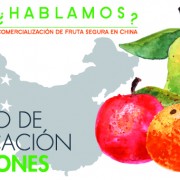 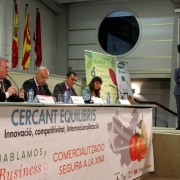